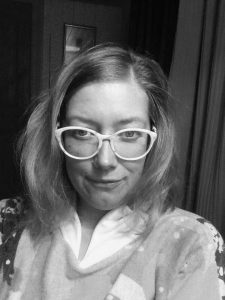 From Tragic to Magic: Trauma as an Encounter With the Real

Anne Crossey studied philosophy at Glasgow University before completing an M.Phil in Psychoanalytic Studies at Trinity College, Dublin. Her thesis was on Picasso’s interpretation of Velasquez’ Las Meninas.  More recently, she completed her MA in Western Esotericism at University of Exeter. Her thesis subject here was Kandinsky’s ‘Concerning the Spiritual in Art’. As a painter, her work has been published in various journals including Abraxas and has been exhibited in Dublin, London, New York and Mexico. She runs an acupuncture clinic specializing in the treatment of trauma and has written two books, both called ‘The Cloud of Unknowing’. Anne lives in West Cork, Ireland and is founder of The West Cork Philosophical Society.

From Tragic to Magic: Trauma as an Encounter With the Real

‘Is it not remarkable that, at the origin of the analytic experience, the real should have presented itself in the form of that which is unassimiliable in it- in the form of trauma?’

Within philosophy, both Eastern and Western, the idea has endured of the possibility of encountering some form of ‘real’ reality that lies outside or beyond the scope of language or representation. From the One of Parmenides to the Neo-Platonic revival of Plotinus, apophatic mysticism emphasizes the non-discursive aspect of this psychical realm. This idea is revisited in a poststructuralist context with Jacque Lacan’s writings on the Real. The Real for Lacan is what is not Imaginary or Symbolic. It is that which resists signification. What is most interesting about this though is that Lacan relates it directly to trauma. Lacan’s Real is not the idealized One of the Neo-Platonists but more akin to an unintended and terrifying stumbling into Chapel Perilous. Trauma is both the gateway that takes us there, and the very nature of his Real. For Lacan, the Real is Trauma. To quote Lacan, ‘The place of the real, which stretches from the trauma to the phantasy- in so far as the phantasy is never anything more than the screen that conceals something quite primary, something determinant in the function of repetition- this is what we must now examine.’