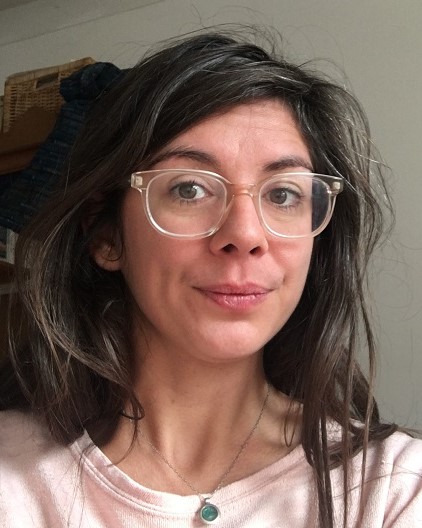 Lara Luna Bartley is an artist and PHD candidate at the University of the West of England’s Digital Culture Research Centre (DCRC), focused on engaging audiences in debate about the monetary, banking and financial system through participatory art.

Recent works include: The Autonomous Teller Machine (2018), a confused ATM activated through the insertion of a bank card that quizzed audiences about the 2008 financial crisis via a receipt printer; I-D coin (2018), a speculative design film short listed for the Future of Money Award; and BankRUN (2017), a self-standing ATM from which I dispensed 200 hand-printed banknotes creating a ‘bank run’.

I am dedicated to creating avenues for understanding money and finance through my creative practice. More specifically, to drawing parallels between magic, myth and finance in order to expose ‘rational’ economic thought for what it is: magical thinking.

Over the past 30-40 years, those of us in the Anglo-American world – in particular – have been encouraged to become mini-speculators, taking an investors approach to our education, careers, housing and more (Haiven, 2014). But what tools and guidance do we have to aid us in this endeavour? What predictions or assumptions are we basing our investments on? And how sound are they?

Parallels between financial speculation and divination have been drawn by academics, including Ramey (2015), Appadurai (2015) and Bear (2020; p.8) – who claims that financial “Speculation, like divination, aims to reveal a hidden order of human and non-human powers that explain the past, present and future, making it possible to act”; as well as by artists, including Desorceler la Finance (2018), The University of the Phoenix (2018) and RYBN – who created a series of nine trading algorithms, titled ADMXI (2015), which automatically buy and sell shares in accordance with esoteric forms of divination such as astrology and geomancy.

examine the vision of the future these are based on;

and test the validity of these assumptions with traditional divinatory techniques such as pendulum reading.

Given that the “Intergovernmental Panel on Climate Change, wrote in 2018 that if we want to avoid the worst of the catastrophe, we had 12 years left for “rapid far reaching and unprecedented changes in all aspects of society”” (Fremeaux & Jordan, 2021; p.19), this piece seeks to disrupt the notion that the future will be anything like the present. It also offers participants the opportunity to try currently overlooked forms of knowledge production, which may help in navigating what Mervyn King (2020) refers to as radical uncertainty.

Neoliberalism as a political theology of chance: the politics of divination, Palgrave Communications.