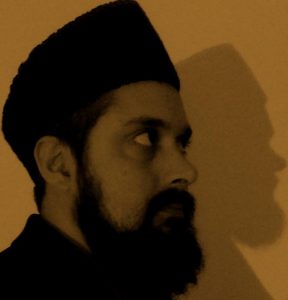 Dreaming of a White America: Atomwaffen Division, Satanism and the Alt Right

Dreaming of a White America: Atomwaffen Division, Satanism and the Alt Right

During the academic year of 2016, flyers urging students to “Join your local Nazis” and promising that “The Nazis are coming!” appeared in campuses across America, from the university of Chicago, to the University of Central Florida and Boston University.

The flyers were part of the recruitment campaign of alt-right, neo-Nazi and white suprematist think tank Atomwaffen Division. Influenced by figures such as James Mason, Charles Manson and Joseph Tommasi, Atomwaffen Division hailed the Italian Futurists as a main source of inspiration, for “war – the world’s only hygiene – militarism, patriotism, the destructive gesture of freedom-bringers, beautiful ideas worth dying for, and scorn for woman”.

A vocal presence during the Charlotteville Unite the Right Rally, the group has hailed as heroes Orlando Mateen and Oklahoma City Bomber Timothy McVey. While some members held sympathetic views towards Salafi Jihadism, others, including one of the leaders of the movement, Brandon Russell, were more inclined towards the form of Traditional Satanism espoused by the Order of the Nine Angles, a self described Fascist Satanic occult group created in the 1970s by agent provocateur David Myatt.

This paper will analyse the Satanic theories embraced by Russell and other members of Atomwaffen Division: the adoption of a Left-Hand Path Neo-Nazi creed was supposed to facilitate the transcendence of individual members of Atomwaffen to a higher spiritual state, which would then enable the creation of the “New American Man”, an esoteric Fascist ubermensch. The ONA theories on human sacrifice, aeonic cosmology and Nietzschean self-transcendence will be discussed as great influencers on a number of members of Atomwaffen, whose actions culminated in a series of bizarre internecine killings.