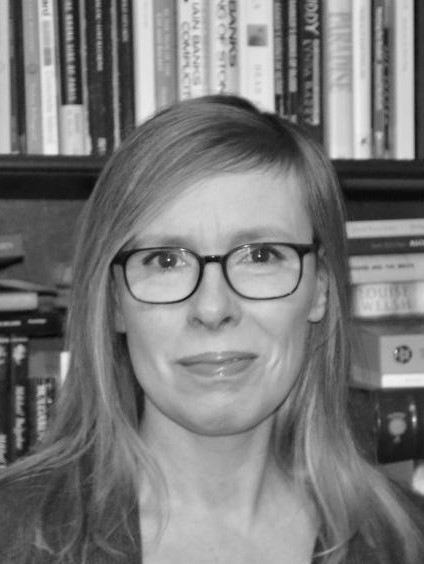 Professor in English Studies in the Division of Literature and Languages at the University of Stirling.

Christine Ferguson is a Professor in English Studies in the Division of Literature and Languages, where her research focuses on the entwined histories of the literary gothic and the British occult revival in the late nineteenth and early twentieth century. Before coming to Stirling in 2016, she taught at the University of Glasgow from 2008-2016, at the University of Alberta from 2004-2008, and was a SSHRC Postdoctoral Fellow at the University of British Columbia from 2002-2004. She currently serves on on the board of the European Society for the Study of Western Esotericism and sits on the editorial boards for the Journal of Victorian Culture, Victorian Review, Victoriographies, the Cambridge Elements in Magic and the Oxford Studies in Western Esotericism series.

Her major publications include the books Determined Spirits: Eugenics, Heredity, and Racial Regeneration in Anglo-American Spiritualist Writing 1848-1930 (2012) and Language, Science, and Popular Fiction in the Victorian Fin de Siècle (2006); she is the editor of Spiritualism, Health, Race, and Human Variation (2014), a volume in Routledge’s Spiritualism 1840-1930 facsimile edition series, and, with Andrew Radford, The Occult Imagination in Britain, 1875-1947 (Routledge 2018). She is currently at work on a scholarly edition of Arthur Conan Doyle’s The Land of Mist for the Edinburgh Edition of the Collected Works of Arthur Conan Doyle, and a monograph on the popular fiction produced by leading figures in Britain’s occult revival, including Edward Bulwer Lytton, Emma Hardinge Britten, Mabel Collins, H.P. Blavatsky, A.P. Sinnett, Arthur Machen, Dion Fortune, and Aleister Crowley.

She leads the AHRC Follow-On Funding project, “The Media of Mediumship: Encountering the Material Culture of Modern Occultism in Britain’s Science, Technology, and Magic Collections,” which runs between 2021-22 and in collaboration with the Science Museum Group and Senate House Library. She was PI on the AHRC network project, Popular Occulture in Britain, 1875-1947, and, with Dr Manon Hedenborg-White, heads the ESSWE Network on Esotericism, Gender, and Sexuality (ESOGEN).

Keynote Presentation – Esotericism Studies Beyond the Academy: Engaging the Public with The Media of Mediumship