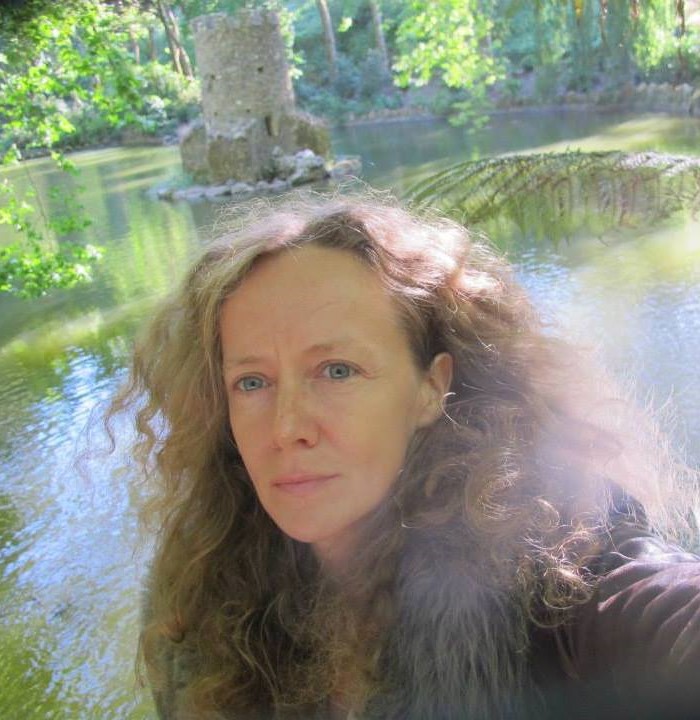 Emma Watkinson is a Fantastic Realist contemporary fine art oil painter, originally from Dartmoor, now living in Sussex, U.K. Her inspiration comes from her explorations in consciousness and esoteric study.   She is a member of the Order of Bards, Ovates & Druids, Mitra of the Triratna Buddhist Order, trained with 13 moon mystery school, Kabbalah, The Golden Dawn, Chaos Magick, Centre of Applied Jungian studies, and practices Chi Gung. After a Diploma in Fine Art & Design, she spent many years traveling and exploring the spiritual traditions of different cultures. She assisted in painting for Ernst Fuchs (one of the founders of Fantastic Realism) in 2012 in Vienna and trained on courses in traditional oil painting in Italy, Austria the U.K,  London School of Representational Art, and Los Angeles Academy of Figurative Art.

Her art has been exhibited widely at festivals, galleries, and museums internationally in America, Australia, Spain, France, and the U.K for the last 15 years, including Phantasten museum and Laxenburg castle, Vienna, and the Naia museum. She is also a musician, singer/songwriter, and flute player.

Practitioner Talk – Mythology & Magick in Art: Dancing with the Trickster

In this presentation, Emma discusses some of the magical journeys that unfolded in the creation of her paintings.  The process often feels like a dance with a trickster, or Creatrix, as the universe has a remarkable sense of humour in throwing extraordinary coincidences and clues in her path.

In each painting, we meet the Magician in their various guises. “The Magis Grail” depicts the Magus tarot card, the sword, grail, wand and pentacle, and the hieros gamos of the Alchemical work.    In the Kabbalah painting, we encounter Hermes in the mercurial sphere of Hod.  In Akhenaten, the rebel Pharaoh reveals the formulae for creation in balancing the elements within Metatron’s cube.

Kali, first inspired by a Discordian pilgrimage, heralded the Kali Yuga & led to a psychopomp ancestor ritual.  The Descent of Inanna was woven into a psychopomp ritual and shadow integration, while the Shri Yantra, a painting created after a Kumba Mela, later invoked a cosmic re-birth at the Men a Tol, the golden apples of immortality. The Judgement of Paris work-in-progress is a theme she has worked with for the past 30 years, reflected in the current political climate. Artemis wove her intentions into climate action, while Brigid sings of the earth.

Each story weaves in the microcosm and the macrocosm … rituals held at sacred sites around the world, her personal journey and simultaneous world events, creating paintings that are a metaphor for the human experience and a reflection of the collective unconscious.

Art, for me, is a dance with the mystery, a fantastical collaboration with the unseen. I draw upon the mythology from many esoteric traditions to explore human consciousness, working with archetypes in artistic practice that activates powerful forces within the psyche that can initiate healing and transformation.

It’s an intuitive creative process, influenced by Jungian concepts. I follow clues, synchronicities and dreams, that guide me as to which archetype to work with. This can be relevant both for my individual journey and the wider collective unconscious and can be prophetic or divinatory.  As I dive into working magickally with the energy, this invokes more experiences.  Adventures unfold revealing the wisdom and lessons of the deity.

The experience is integrated into the paintings, which can reveal many surprises in the design process, as drawn directly from the subconscious onto the canvas. The result is paintings that embody the lived experience of the mythology.