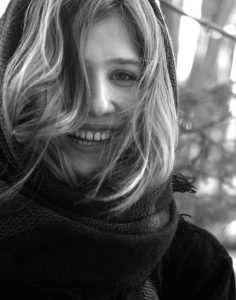 Hedvig Martin, with a Master’s Degree in History, has studied 2300 pages of the occult notebooks kept by nineteenth-century abstract pioneer Hilma af Klint. Martin is the first to outline Hilma af Klint’s early practice with her spiritualistic female group The Five and the visionary work underlying Paintings for the Temple. Martin has previously spoken at the ESSWE conference (Amsterdam, the Netherlands, July 2019), and will speak at the upcoming Hilma af Klint exhibition at the Heide Museum of Modern Art (Melbourne, Australia 2021). Martin has researched for the documentary Hilma af Klint: Beyond Visible (Ambrosia Films, 2019). Featured in, among others, Moderna Museet, Stockholm, and Solomon R. Guggenheim Museum, NYC, and film festivals in Scandinavia and the US). For those interested in the connection between early abstraction and altered states of consciousness, this talk will give an insight into Hilma af Klint’s transition to abstract art by means of visionary practices and beliefs.

The occult painter Hilma af Klint has been widely acknowledged in recent years as an early abstract painter influenced by trance-states. In communication with ”higher spirits” and by means of visions, af Klint received a mission to produce “Paintings for the Temple”. But even though af Klint left behind over 26 000 pages of notebooks following this work, research on the material has been almost non-existent, resulting in a blank spot regarding how the exploration of visionary states influenced af Klint’s art. From a study of the first 2 300 pages of Hilma af Klint’s notes, this presentation will focus on af Klint’s experience of the theosophical Astral Plane as a mystical spatial dimension. Although the Astral Plane had its roots in medieval and oriental philosophies, it was popularized by theosophy and made synonymous with the 4th dimension, which served as an important influence for pioneers of abstract art. Taking its starting point in the practice of the spiritualistic female group “The Five”, in which Hilma af Klint was a member, this presentation will trace their contact with “higher dimensions” into Hilma af Klint’s art. For af Klint, the Astral Plane became an intrinsic part of her artistic expression and the trance-state an entry-point into suprasensible space. With the backdrop of the early 20th-century science, art and occultism, this presentation will explore how the 4th-dimension/Astral Plane functioned as a means of artistic freedom for Hilma af Klint.