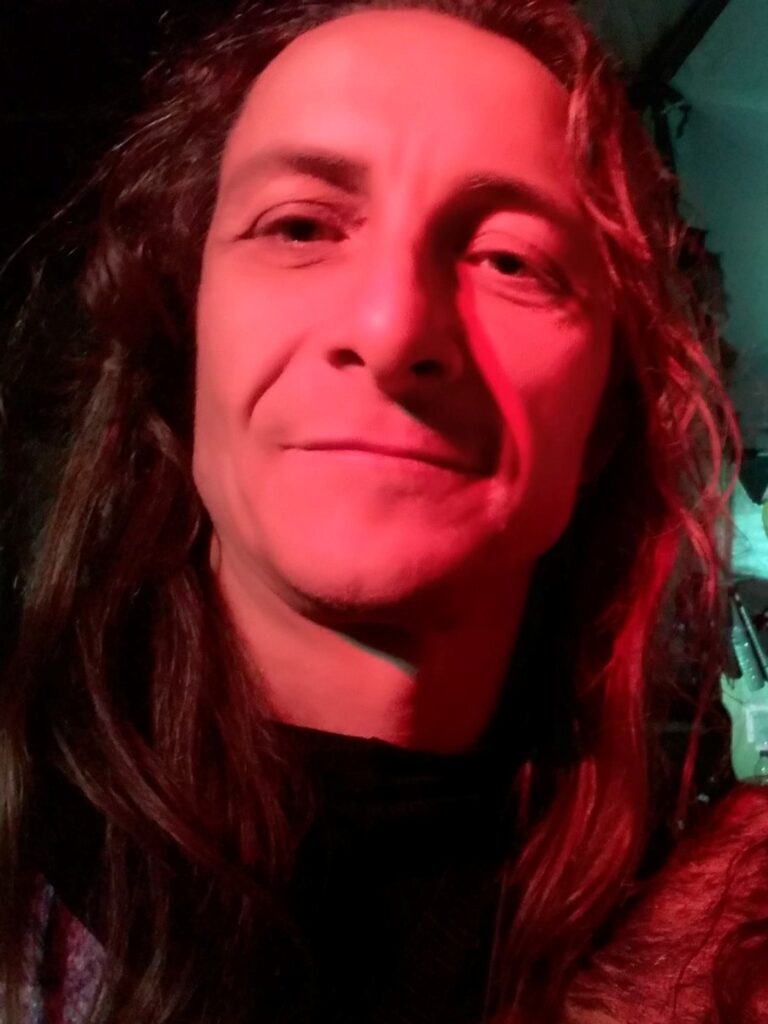 Julian Vayne is a British independent scholar and author with over three decades of experience within esoteric culture: from Druidry to Chaos Magic, from indigenous Shamanism through to Freemasonry and Witchcraft. Growing up in the Britain of punk and then rave culture, Julian immersed himself in the philosophy and techniques of magic. His journey into group ritual practice began within the Western Esoteric Tradition when he was 16. Since then he has worked in ceremony with practitioners from many different lands and lineages. Julian is a senior member of the Magical Pact of the Illuminates of Thanateros and is widely recognized as one of Britain’s leading occultists. In the 1990s Julian edited Britain’s best-selling pagan newspaper Pagan Voice and in 2001 published one of the first books of the modern psychedelic renaissance, Pharmakon: Drugs and the Imagination. In addition to exploring traditional sacred medicines, Julian’s work includes the first published accounts of the entheogenic ritual use of ketamine and several novel psychedelic sacraments.

Esoteric magic and stage magic rely on altering perception. What we perceive is largely based on our preconceptions and beliefs about the world. We see what we expect to see, rather than what is really there. Magicians engineer this process, by which means they might alter who we believe ourselves to be (the aim of much occultism), and also aspects of the physical world around us (a rabbit came out of that hat!). Our senses construct our reality tunnel from the clues they gather, deceiving us with a fabricated version of the physical environment. How much more fabricated then must those deduced versions of non-present reality be, upon we base our decisions?

From the power of placebo to the shamanic sleight of hand – many approaches to magic embrace the use of fakery to generate real effects. In this presentation occultists, Nikki Wyrd and Julian Vayne will explore the methods by which the unreal is made real in settings including shamanic healing, spirit communication, and spell casting. We’ll show how fakery serves to articulate wide social concerns and ways in which it can initiate actual changes in society. Join us for a journey through the worlds of Ayahuasca-infused psychic surgery, the ‘as if’ philosophy of Austin Osman Spare, the mythical role of the trickster, and a discussion of the implications of a magical understanding of deception in the era of deep fakes, fact-checkers, and dis-information.

My work is an expression of my magical practice. I am interested in liminal psychological and philosophical spaces where
meaning is untethered. What do these symbols mean? Are these signs asemic writing? Are they pregnant with novel ideas? Are they transient scrambled sigilic forms or specific arcane glyphs which, by and large, seems to escape from the convention
iconography of occultism? I am reminded of the way that floating, shifting text can be read in the glowing logs of the fire or the textures of stones. Many of these drawings are based on visions received in entheogenic ceremony. Look at all the little faces in the trees… Each work includes an Enchantment associated with the theme of the ritual from which the work arises. A Technology or practice is also provided with each work.

Enchantment for The Detonation of Language

“In the Wind of the mind arises the turbulence called I
It breaks; down shower the barren thoughts.
All life is choked.
This desert is the Abyss wherein is the Universe
The Stars are but thistles in that waste.
Yet this desert is but one spot accursed in a world of bliss.
Now and again Travellers cross the desert; they come from the Great Sea, and to the Great Sea they go.
As they go they spill water; one day they will irrigate the desert, till it flower.
See! five footprints of a Camel! V’ V’ V’ V’ V’”

The Book of Lies, Aleister Crowley

Technology for The Detonation of Language

In silence is the seed of Wisdom gained.

“There was nothing more. Dyson let the little pocket-book fall, and turned and looked again at the opal with its flaming inmost light, and then with unutterable irresistible horror surging up in his heart, grasped the jewel, and flung it on the ground, and trampled it beneath his heel. His face was white with terror as he turned away, and for a moment stood sick and trembling, and then with a start he leapt across the room and steadied himself against the door. There was an angry hiss, as of steam escaping under great pressure, and as he gazed, motionless, a volume of heavy yellow smoke was slowly issuing from the very centre of the jewel, and wreathing itself in snake-like coils above it. And then a thin white flame burst forth from the smoke, and shot up into the air and vanished; and on the ground there lay a thing like a cinder, black and crumbling to the touch.”

Contemplate the occult sun; the ever-receding Mystery as you focus attention on the centre of this image.

“A shaman wears regalia, some part of which usually imitates an animal—most often a deer, a bird, or a bear. It may include a headdress made of antlers or a band into which feathers of birds have been pierced. The footwear is also symbolic—iron deer hooves, birds’ claws, or bears’ paws. The clothing of the shamans among the Tofalar (Karagasy), Soyet, and Darhat are decorated with representations of human bones—ribs, arm, and finger bones. The shamans of the Goldi-Ude tribe perform the ceremony in a singular shirt and in a front and back apron on which there are representations of snakes, lizards, frogs, and other animals.”

Dance while wearing ribbons, metallic charms, bones, old cables, feathers and so on.

Manifesting Metaphorical Minds: Towards a Psychological Theory of Psychedelic Therapy

Since the mid 20th century and the encounter between western science and psychedelic substances the therapeutic value of these materials has become well established. The return of licensed psychedelic research in the new millenium appears to confirm the earlier findings of mid-20th century researchers. Currently these substances are being used to treat illnesses including post-traumatic stress disorder, substance addictions and depression. Outside licensed research environments the claims of health benefits associated with psychedelic substances are legion, as are the methods of their use for ‘healing’, from underground therapeutic sessions through to ceremonial consumption in religious or shamanic settings.

Contemporary research has described the action of these substances in some detail at psychopharmacological and neurological functional levels but few hypothesis of psychedelic psychology have emerged in contrast to the mid 20th century where Freudian, Jungian and other models – notably Leary’s Eight Circuits model – were deployed to suggest how these mind-manifesting experiences initiate healing.

Drawing on insights from contemporary brain imaging and from the subjective accounts of research participants this presentation will present evidence towards the development of a new theory of psychedelic healing in which the discovery of a ‘healing metaphor’ is a critical component. The relationship between both ‘traditional’ and emerging methods of psychedelic healing will be explored in context of this hypothesis and suggestions for further research outlined.