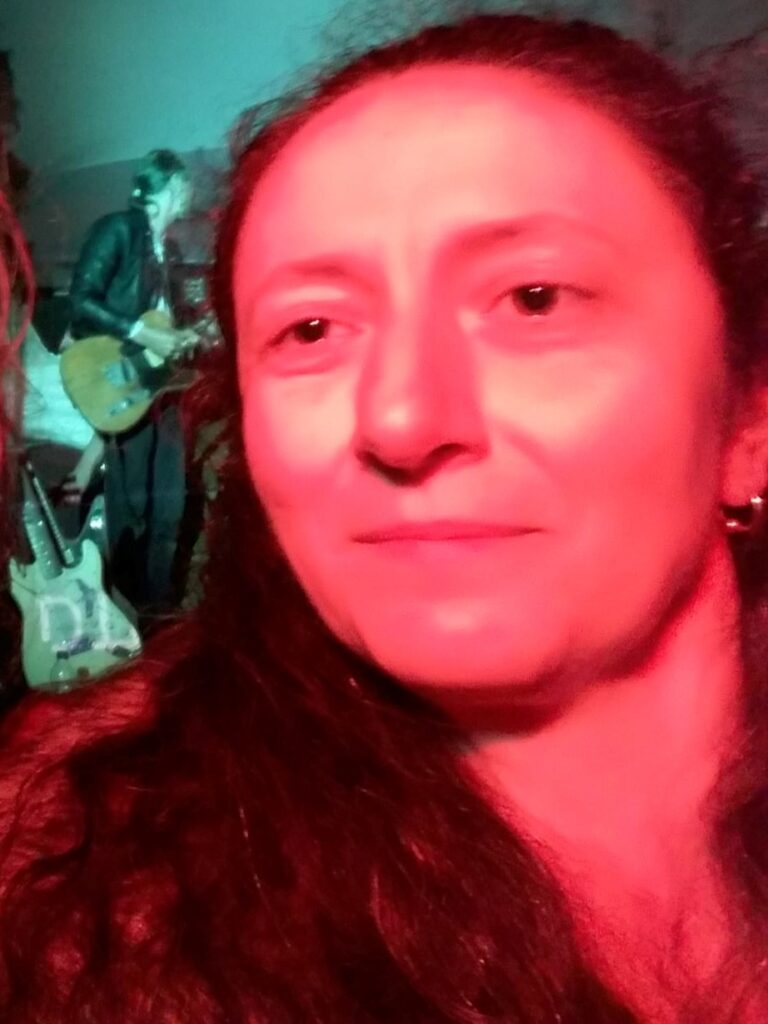 Nikki Wyrd is a well-known figure in occulture, and has helped spread chaos magic techniques by crafting writings, publications, talks and workshops since 1990. She has attended and organized numerous rituals, residential meetings and public events, and is an Elder of the chaos magic community. Nikki has edited many of the most important books of the psychedelic renaissance. She is currently Chair and an Executive Director of Breaking Convention, the charity which holds Europe’s largest conference on psychedelics. She is Editor of a quarterly periodical, the Psychedelic Press Journal. She likes trees, and finds her Ecology degree comes in very handy when contacting the faery realms.

Esoteric magic and stage magic rely on altering perception. What we perceive is largely based on our preconceptions and beliefs about the world. We see what we expect to see, rather than what is really there. Magicians engineer this process, by which means they might alter who we believe ourselves to be (the aim of much occultism), and also aspects of the physical world around us (a rabbit came out of that hat!). Our senses construct our reality tunnel from the clues they gather, deceiving us with a fabricated version of the physical environment. How much more fabricated then must those deduced versions of non-present reality be, upon we base our decisions?

From the power of placebo to the shamanic sleight of hand – many approaches to magic embrace the use of fakery to generate real effects. In this presentation occultists Nikki Wyrd and Julian Vayne will explore the methods by which the unreal is made real in settings including shamanic healing, spirit communication and spell casting. We’ll show how fakery serves to articulate wide social concerns and ways in which it can initiate actual changes in society. Join us for a journey through the worlds of Ayahuasca-infused psychic surgery, the ‘as if’ philosophy of Austin Osman Spare, the mythical role of the trickster, and a discussion of the implications of a magical understanding of deception in the era of deep fakes, fact-checkers and dis-information.

Hearing the Voices of God: The Importance of Mystical Experience in Personal Transformation

Whilst historically mystical encounters were framed in the acceptable, religious cultural setting, in today’s secular society with its rational foundation, we find such moments harder to integrate. A case can be made for the contemporary acceptable nature of mystical moments induced by a material cause, psychedelic drugs. The usage of these substances looks set to spread beyond the spiritual and consciousness explorers of the past 50 years, as therapeutic and medicinal licences are extended. For many beneficiaries, an understandable and sensible metanarrative would assist considerably with their treatment, both for themselves and for their social milieu. Here Nikki maps out a path into and out of the deep mystical sense of connection, the loss of self, which is recognised as necessary for a successful alteration in ‘stuck’ thought patterns, which is the aim of many therapies directed towards those suffering from addiction, depression, and trauma. She suggests that lessons can be learned from the eclectic techniques of Chaos Magic, and shares some practical and theoretical structures which can provide the individual with robust strategies to navigate the otherworldly realms. The title references her own first deeply revelatory experience.

“The psychological dangers through which earlier generations were guided by the symbols and spiritual exercises of their mythological and religious inheritance, we today (in so far as we are unbelievers, or, if believers, in so far as our inherited beliefs fail to represent the real problems of contemporary life) must face alone, or, at best with only tentative, impromptu, and not often very effective guidance. This is our problem as modern, ‘enlightened’ individuals, for whom all gods and devils have been rationalized out of existence.”

(Joseph Campbell, The Hero With a Thousand Faces)