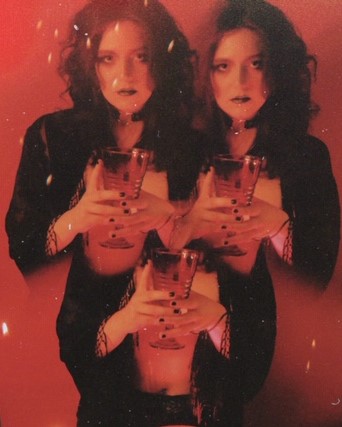 Sarah Coflan is an independent scholar whose love and focus mostly lie in the way literature, film, and other art engage with the Underworld and shadow work. She earned her Masters of Arts degree at Goddard College, exploring the Horror film as a method of personal Underworld journeying. She has presented work on Twin Peaks for the Twin Peaks at Thirty conference, and for Romancing the Gothic.

To engage with the work of David Lynch is to be led into the world of dreams, and requires us to enter with the proper spirit. We give ourselves up to dream logic, to heightened senses, nightmares, and, often, confusion. We encounter the known and the unknown all at once, encountering truths we have suppressed, sides of ourselves and our world we ordinarily choose to avoid. Lynch, as artist and magician, opens the door to these subterranean but very present worlds.

Lynch has become something of a household name, a feat of magic in and of itself. He is as familiar yet unfamiliar as the worlds he offers up for us to explore. His work is shadowy, truly Underworld territory. A sense of confusion and disorientation are key pieces of engaging with his work. Even his more arguably traditional work, such as his 1986 film Blue Velvet, has elements of the strange, dreamlike, logically inexplicable. Films such as Mulholland Drive and Lost Highway are famously baffling, encouraging the viewer to reach their own conclusions as to what the films are truly “about”, and to be comfortable with not reaching one definitive correct answer.

In this paper, I will examine aspects of the dreamlike and shadow worlds to be found in his work, particularly Blue Velvet, Mulholland Drive, and Twin Peaks. How does Lynch’s approach to the story and themes relate to magic, and to a certain extent, trickery? What happens to the viewer as we give ourselves up to this form of magic? Narrative art takes us on a journey, and pieces of us may shift, and experience growth or change as a result. Lynch’s work has the unique power to create a powerful shift, on personal and broader cultural planes.