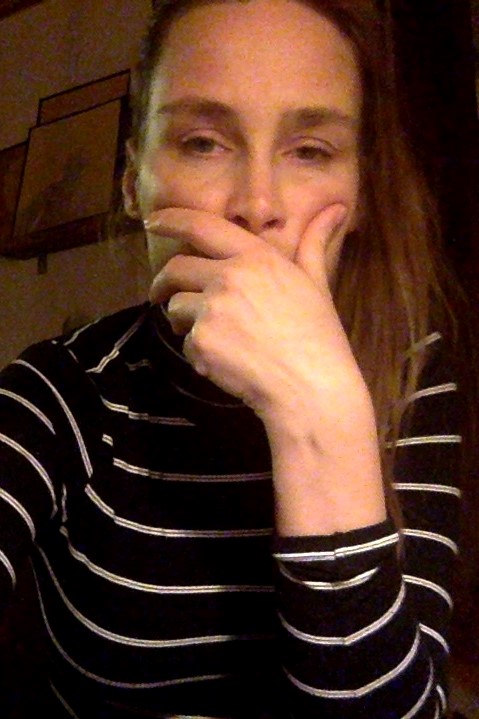 Sonja Rendtorff is a Copenhagen based artist and filmmaker. She graduated with a MFA from The Royal Danish Academy of Fine Arts in 2010. She has since been involved in film making and has been an artist in residency at SALT Galata, Istanbul and Townhous, Cairo. Together with a group of fellow artists, she ran the non-profit exhibition space Koh-i-Noor in Copenhagen for a decade, and she has collaborated with a wide variety of artists and writers.

At the Trans- States exhibition, I present a virtual reality environment showing an interface of the interactions and communications that I through symbolic forms have had with what I call my ‘dream daimon’. My project explores the transference of meaning between dream states and wakefulness through computer-generated virtual reality (VR). The digital context of the code-produced mathematical parameters that result in VR is able – when done well – to trick our brain into perceiving that the presented universe is real even if we have a preconceived notion that it is an illusion. The project experiments with ways of manipulating the brain to activate pathways that enable a lucid dialogue with that shapeshifter of the night, the dream.

By pulling these dream dialogues apart, creating dynamic symbols and testing their communicative strength, I am creating a dream alphabet, aiming to find patterns across the different states of consciousness that enable a meeting of the two. The symbols can be activated in different virtual reality environments under the power of mathematics but are guided by dreams. The feedback from VR to dream and visa versa creates trans-narratives centred around a communication pathway to the what, it, or who that lurks under the veil of sleep.

I use my work as a tool to explore the surreal and virtual nature of reality while, at the same time, problematising the category of not only the real but also the human by facilitating a dialogue with the digital and non-human. The works are the result of a concrete back-and-forth between the realm of the subconscious and the digital space, the inner psyche versus the outer inter-face. My overall concern by enacting this meeting between different states is to explore an expanded type of consciousness and open up a space for not only deviancy but also for the new to reveal itself through experimentation. By proposing perspectives on new ways of thinking and dreaming that is open for a plethora of different meanings, fleeting as the very nature of dreams, the meeting between human and machine thinking facilitates a dialogue with the digital and non-human.