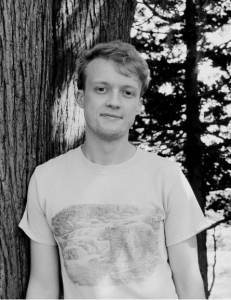 The Great in the Small: Comparative Ecologies of Revelation

The Great in the Small: Comparative Ecologies of Revelation

Since Rudolph Otto, scholars of religious experience have noted that revelatory episodes often occur in a context of immersion in a “natural” setting. In Paul Marshall’s Mystical Encounters with the Natural World, the author provides a comparative analysis of these “extrovertive” mystical experiences. One common factor in these accounts is a sense of “subject-object unity,” of oneness with the environment and a porousness of the borders of the body. In his 2017 book Secret Body, Jeffrey Kripal puts forward a comparable understanding of paranormal experiences, defined as “the experienced collapse of the mind-matter split via the irruption of events in the physical world that uncannily correspond to the subjective or unconscious states of a focal agent.”

Subject and object, mind and matter, human and nonhuman: In this paper I will offer an interpretation of these new definitions of revelatory experience through the lens of ecotheory and biopolitical thought. As Tanya Lurhmann writes in her 2012 book When God Talks Back: “…most Christians believe quite explicitly that what humans understand about God is obscured by the deep stuff of their humanness…” This issue of transcending the “deep stuff of humanness” has not been ignored by philosophy or theory. In The Animal That Therefore I Am, Jacques Derrida describes the human as the only animal who really feels its nakedness. As a result, we mediate our direct relationship to the world, by covering our sex, by building homes to dwell in, and creating intersubjective worlds to inhabit. Reading Derrida with Kripal and Marshall enables a new interpretation of revelation as the temporary breakdown of those intersubjective worlds, the “deep stuff of humanness.”

This paper offers an interpretation of the history of mystical and paranormal experiences as considered by scholars like Marshall and Kripal through the lens of theorists like Derrida, Gaston Bachelard, and Peter Sloterdijk, ultimately concluding that many forms of mystical experience can be understood as a modality or technology of engaging the nonhuman.