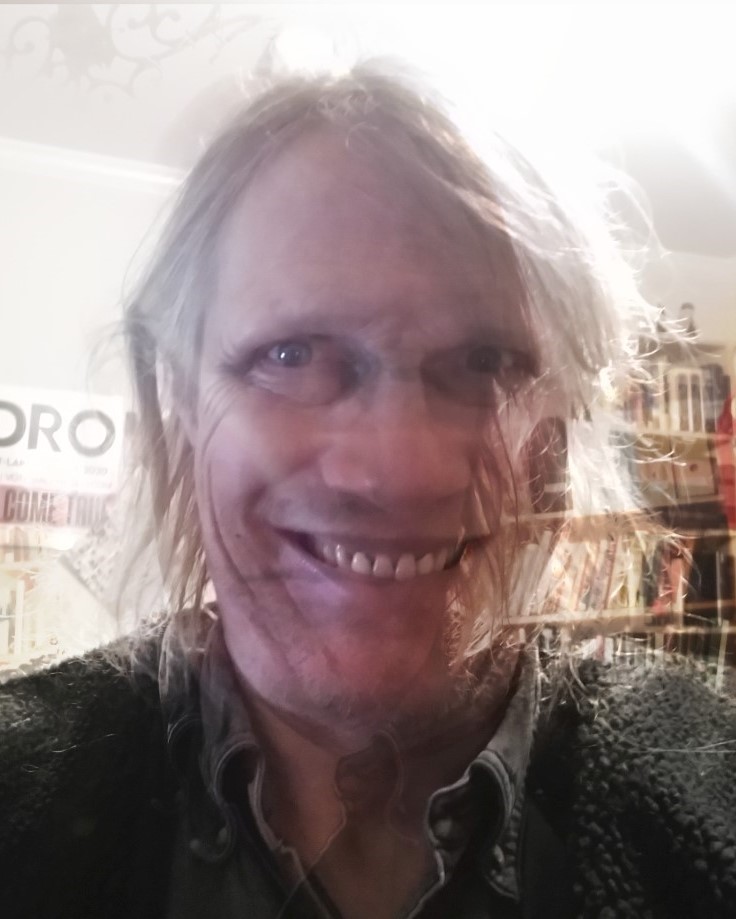 Tom Banger has lectured internationally and has been published in The Fenris Wolf, Rituals & Declarations, The Trapartisan Review and many other publications. He founded the Temple ov Psychick Youth North America in 1986. Over the next four odd years, he wrote numerous texts on contemporary magick and shamanism under the name Coyote *2 and helped facilitate the coming together of an unprecedented collaborative network of artists, magicians, shamans, and charlatans. During this time, TOPYNA published thousands of original occult research, including Television Magick and the first two editions of EsoTerrorist by Genesis P-Orridge. Banger stopped coordinating TOPYNA in 1990 in order to focus on his interest in engineering and technology. He now divides his time between gardening, cybersecurity, and his family. He’s the Banger half of The Banger and Andrew Podcast.

The Internet has made us all Masters of Deception: filters, fake news, omissions, and yet the best deceptions are performed without props or curtains – by hiding in plain sight. When we appear obvious, we appear innocuous and are often overlooked. Transparency: the mark never believes you when you tell her exactly what you are going to do. Camouflage: although we have been taught to fear the wolf in sheep’s clothing, these days, there seem to be more sheep posing as wolves. Alchemy is a form of steganography: hiding the secret in a picture or parable that nobody recognizes unless she already possesses the key. Spirit animals don’t have to be dramatic – mice may see more than wolves, whether presenting as sheep or not. The virtual is before your very eyes: now you see it, now you don’t. And it never changed. Or did it? The hand is faster than the eye, isn’t it?