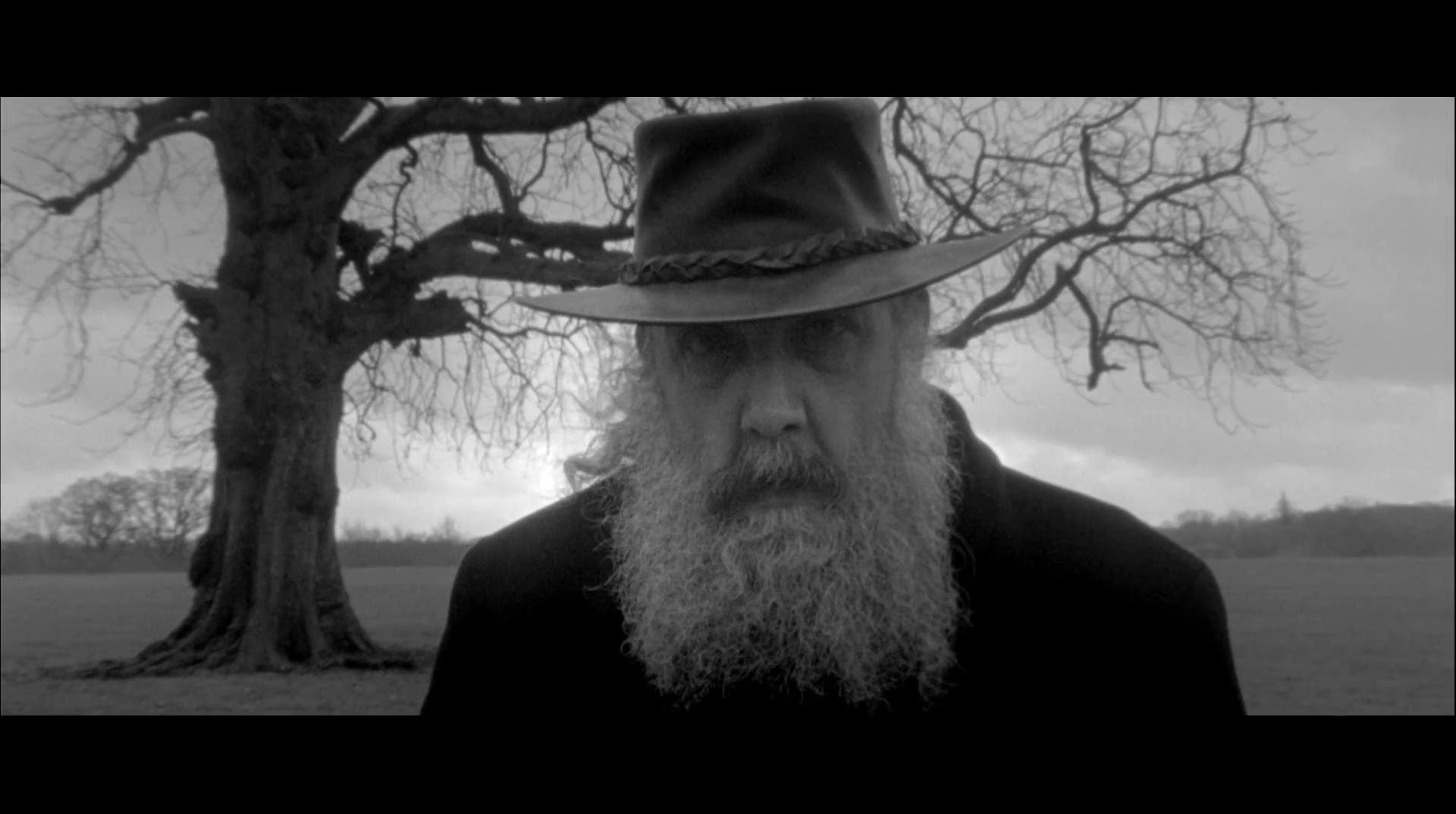 Kyrie Eleison is the first single from Denigrata’s compelling debut album. Denigrata know that their styling and their music speaks very much for itself and are wisely sparing, with their self-explication. What they do say packs a punch and likewise sets the entire tone for this collaborative audiovisual intrepretation of their work, so it is worth repeating here: “Denigrata are an ambient, techfuelled black metal collective […] born from nihilism, avant-garde darkness and filth.” And so this film is an equally avant-garde, dark, visual exploration of these themes, fully grounded — in filth.

Featuring a cameo from author and magus (and of course one of our keynotes), Alan Moore, the primary setting is the very peculiarly British natural surroundings of Delapré Abbey’s public parks. The location is really one of the players, and plays the part of Wyrd Northampton’s chthonic and earthy underbelly. The film focuses on contrast and interplay in all of its aspects. From the black and white grade, to the contrast of extreme close up (ECU) textural photography against the barren and bleak wide shots; the interplay of long, slow, lingering shots and furiously rapid montages and jarring jump cuts. It is non-narrative and non-linear. Abstract and unconsciously meaningful. In short, it is an experimental piece of collaborative audiovisual art that seeks to knowingly add to the occultural reservoir.

Produced, edited and directed by conference organiser Cavan McLaughlin, the video not only features a cameo from Alan, but Denigrata is fronted by our very own Jasmine Shadrack too!